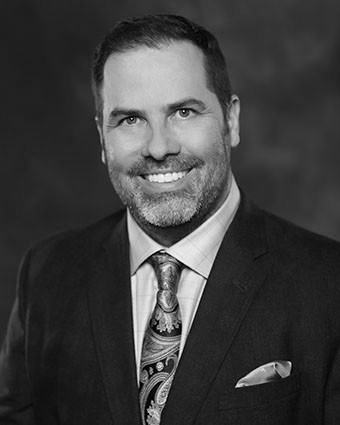 Dr. Jayson Terres joined Tyler Oral and Facial Surgery in the summer of 2005. He was particularly drawn to the Tyler area and the practice because of the extensive medical community and the progressive treatments it offers. Trained in all aspects of facial surgery, his interests lie particularly in facial cosmetic and reconstructive surgery as well as facial trauma surgery. Because of the scope of his knowledge and his extensive oral surgery and medical training, Dr. Terres also performs a full spectrum of facial rejuvenation procedures thru surgical techniques including, endoscopic brow and forehead lifts, eyelid surgery, facelift, chin augmentation, liposuction, and also through non-surgical procedures such as Restylane, Botox, chemical peels and skin care.

A native of Michigan, he attended The University of Michigan in Ann Arbor where he received a Bachelor of Science degree in Neurobiology. Following his undergraduate degree, he attended Columbia University College of Physicians and Surgeons, School of Dental and Oral Surgery, in New York City and earned a D.D.S. After his dental surgery training, he moved to San Antonio, Texas where he earned his M.D., at the University of Texas Health Science Center, San Antonio. Following this, he completed an internship in General Surgery and then a six-year residency program in Oral and Maxillofacial Surgery.

Dr. Terres serves as a Clinical Associate Professor for the UT Health Science Center in San Antonio as well as a resident advisor for the United States Military Army residency programs. He has lectured at the national level for Cranial Reconstruction and continues to seek the latest and most patient-friendly surgical technologies, advancements and procedures.

Beyond the operating room, Dr. Terres values time with his wife Veronica and his son, Jayden. Part of the philosophy that drives Dr. Terres’ success behind being a family man and a surgeon is maintaining a sense of humility and understanding that both take an exorbitant amount of hard work, dedication, responsibility and empathy. He finds his involvement with Tejas Missions, a ministry providing volunteer medical and dental treatment to underdeveloped regions within Central America very rewarding and humbling. He deems it a responsibility, as a physician to help people in need, especially when an opportunity presents itself to offer surgical services for complex reconstructive cases.